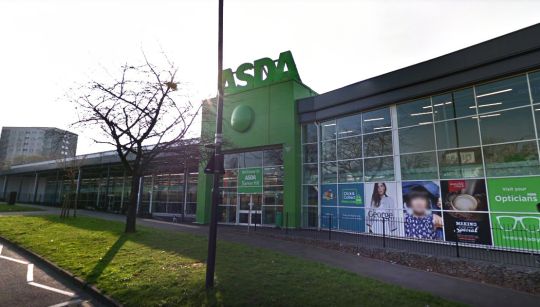 A woman has hit out at an Asda security guard after she allegedly refused to help save a baby left in a hot car over fears she might lose her job. Jenna Langston, 33, said she forced the boot open and climbing in to get the boy, who was covered in sweat, out of the car. She said he was left in the car at a branch of Asda in Barnes Hill, Birmingham, for around half an hour when it was 31°C outside.

Police and paramedics rushed to the supermarket and the baby, thought to have been around three months old, was taken to hospital for a check-up following the incident last Thursday. Jenna, a care manager, said: ‘I saw a guard standing by a black car and initially thought: “I hope no one’s left a dog in there”. UK shops are still selling illegal skin-whitening creams ‘I had already heard a tannoy announcement giving a registration plate while I was inside the store and quite a bit of time had passed since then. ‘But a guard said a baby was inside. I dropped my shopping and ran over to the car. I said the baby needed to come out straight away – it was 31°C. ‘But the guard said they couldn’t break in because it would be classed as breaking and entering. ‘I said I didn’t care and I was going to get the baby out. The guard said: “We can’t help you do that. I could lose my job.”‘ However, an Asda spokesman told Metro.co.uk that Ms Langston and the security guard worked together in securing the child’s safety. He said in a statement: ‘As soon as our colleagues were made aware of this incident they called the emergency services and took advice on how to deal with the situation. ‘Our security colleague and Ms Langston worked together to get into the car safely and we are pleased that the baby is safe and well.’